Encyclopedia of the Bible and its Reception

I serve as the Modern Judaism co-editor for the Encyclopedia of the Bible and its Reception (De Gruyter). The EBR is the first comprehensive research tool to fully incorporate the history of the interpretation and reception of biblical themes, concepts, and characters in Judaism, Christianity, Islam, other religions, and the arts — literature, visual arts, music, dance, and film — into an encyclopedic treatment of the Bible. The EBR is available in both print and online formats.

I oversee the University of Colorado Boulder Peak to Peak Series, a program that brings humanities scholars into conversations with audiences and communities across Colorado and beyond. Our current series of webinars explores topics from food and social justice to photography and Holocaust memory to American law and Jewish messianic heresy. This program is an initiative of the Program in Jewish Studies in partnership with the CU Boulder Office for Outreach and Engagement Arts and Humanities Initiatives and communities and civic organizations across Colorado, including the Corazón de Trinidad Creative District, Durango Creative District, Garfield Public Library District, Trinidad Carnegie Public Library, Western Colorado University, Aspen Jewish Congregation, Boulder JCC, and Temple Aaron in Trinidad.

I serve as Secretary/Treasurer and a past program committee co-chair for the Society of Jewish Ethics, which meets each January in conjunction with the Society of Christian Ethics and Society for the Study of Muslim Ethics. Our most recent in-person annual meeting took place in Washington, D.C. in January 2020.

With Sarah Pessin, Director of Judaic Studies at the University of Denver, I co-founded the University of Colorado – University of Denver Jewish Philosophy Collaborative. This initiative seeks to promote new work in Jewish thought by fostering relationships between faculty and graduate students at DU and CU and encouraging interdisciplinary conversations across fields such as religious studies, philosophy, cultural studies, and history. We have been awarded a Special Initiatives Grant from the American Academy for Jewish Research, and current projects include an annual “Week of Jewish Philosophy,” featuring visiting scholars of Jewish thought from across North America and local faculty in related fields. 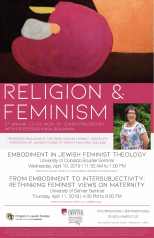 In 2015, I served as the Faculty Director of the Post-Holocaust American Judaism Archive at  University of Colorado Boulder. As Faculty Director, I oversaw Embodied Judaism, a biannual series that draws on the material housed in these archives and explores the role of the body in Jewish life through scholarly gatherings and library exhibits aimed at both academic and non-academic audiences. The 2015 program, entitled “Freedom Seder: American Judaism and Social Justice,” revisited a landmark 1969 gathering in which hundreds of Jewish and African-American activists came together in Washington, D.C., on the first anniversary of the assassination of Martin Luther King, Jr., for an evening of ritual and discussion focused on the creation of a more inclusive society. The 2015 program featured an exhibit in Norlin Library on the Boulder campus as well as a symposium bringing together scholars and practitioners from across North America: 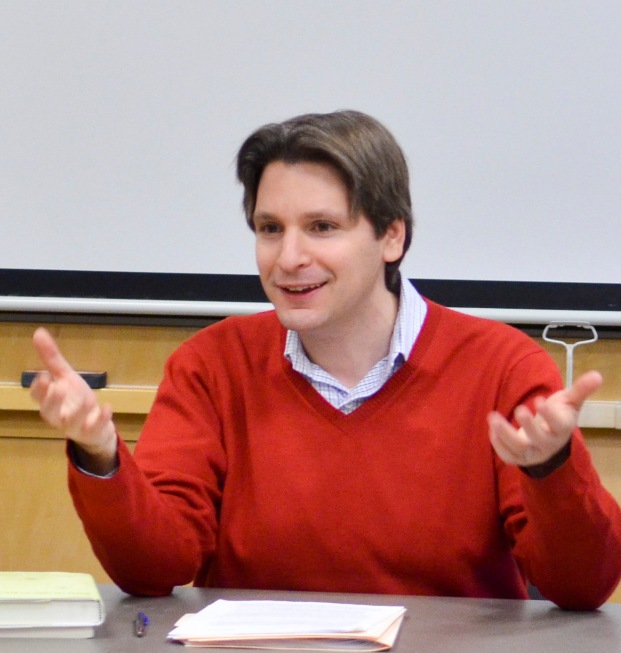 (Photo by Patrick Campbell/University of Colorado)

I am Director of the Program in Jewish Studies and an Associate Professor of Religious Studies at the University of Colorado Boulder, where I study the Jewish tradition, religious thought, and theories and methods in the study of religion. After receiving my A.B. from Harvard University and studying at the Hebrew University of Jerusalem, I earned an M.A. in Religion from Columbia University and a Ph.D. in Religion from Princeton University. My research focuses on the modern period, with particular areas of interest including Jewish thought, Jewish-Christian relations, philosophy of religion, religion and politics, hermeneutics, and religious ethics. You can find my CV here.